I have been with WSVX since 2001 and had the privilege to become an owner in 2007. I can tell you that working in radio has never been dull and it all began on my 2nd day on the job which was September 11, 2001. 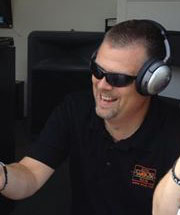 I joined, then WOOO, in 1998. Working through the various identities of the station over the years, WKWH, and now, WSVX, 2014 is my 22nd year in the wonderful world of radio.
Having grown up in Illinois, I cannot stand IU or Purdue. I consider the rise of Butler basketball in my time here to be a blessing. 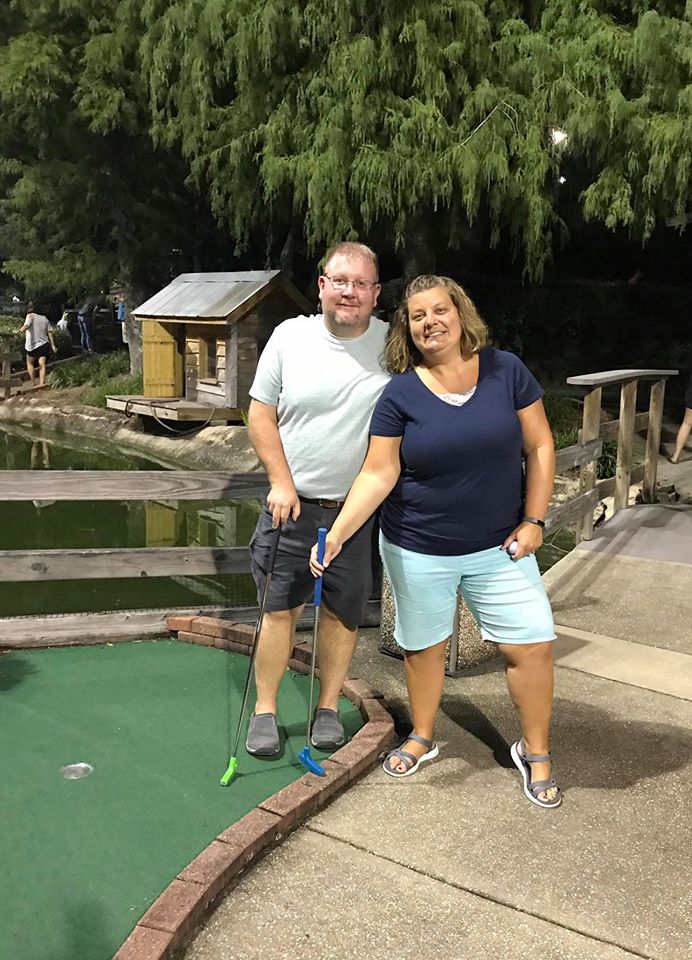 The familiar voice that everyone's known since the 90's when he started working for WROI, Randy is a Rochester High School graduate and has also been on the Rochester Fire Department since 1995. 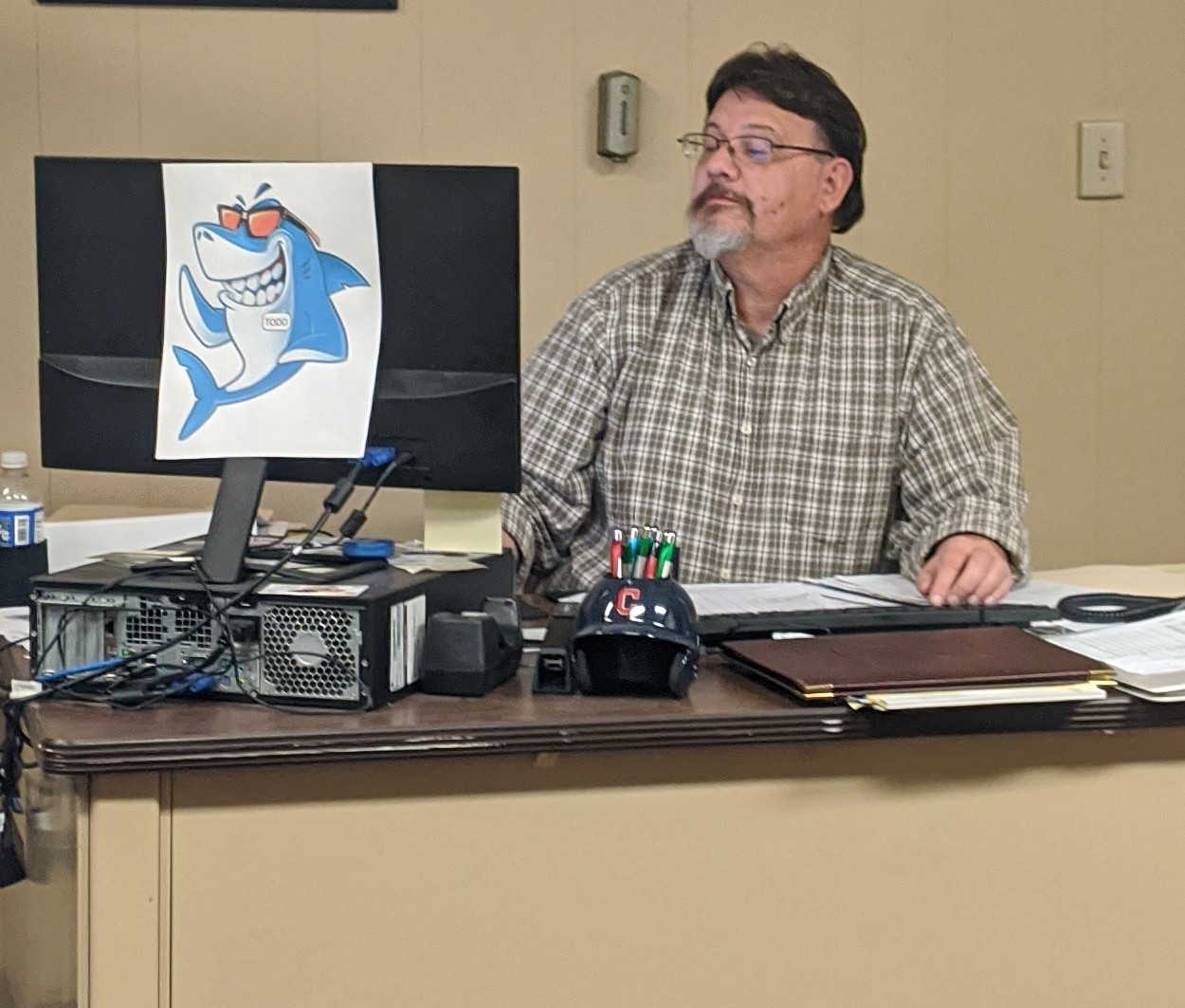 The man full of knowledge, from music to history, Todd Zartman aka the Professor knows what you need to know.  Todd is the Sales Manager for 3 Towers Broadcasting as well as co-host of WROI’s Trading Post.  Todd has always had a love for music, as well as the Cleveland Indians and Cleveland Browns.  Outside of work and sports, he enjoys a good British comedy, anything from “Are You Being Served” to “Doctor Who”.  You can’t leave out his love for British mysteries, so all British television.  He often jokes that most people want to retire to Florida or California and he wants to retire to Britain. 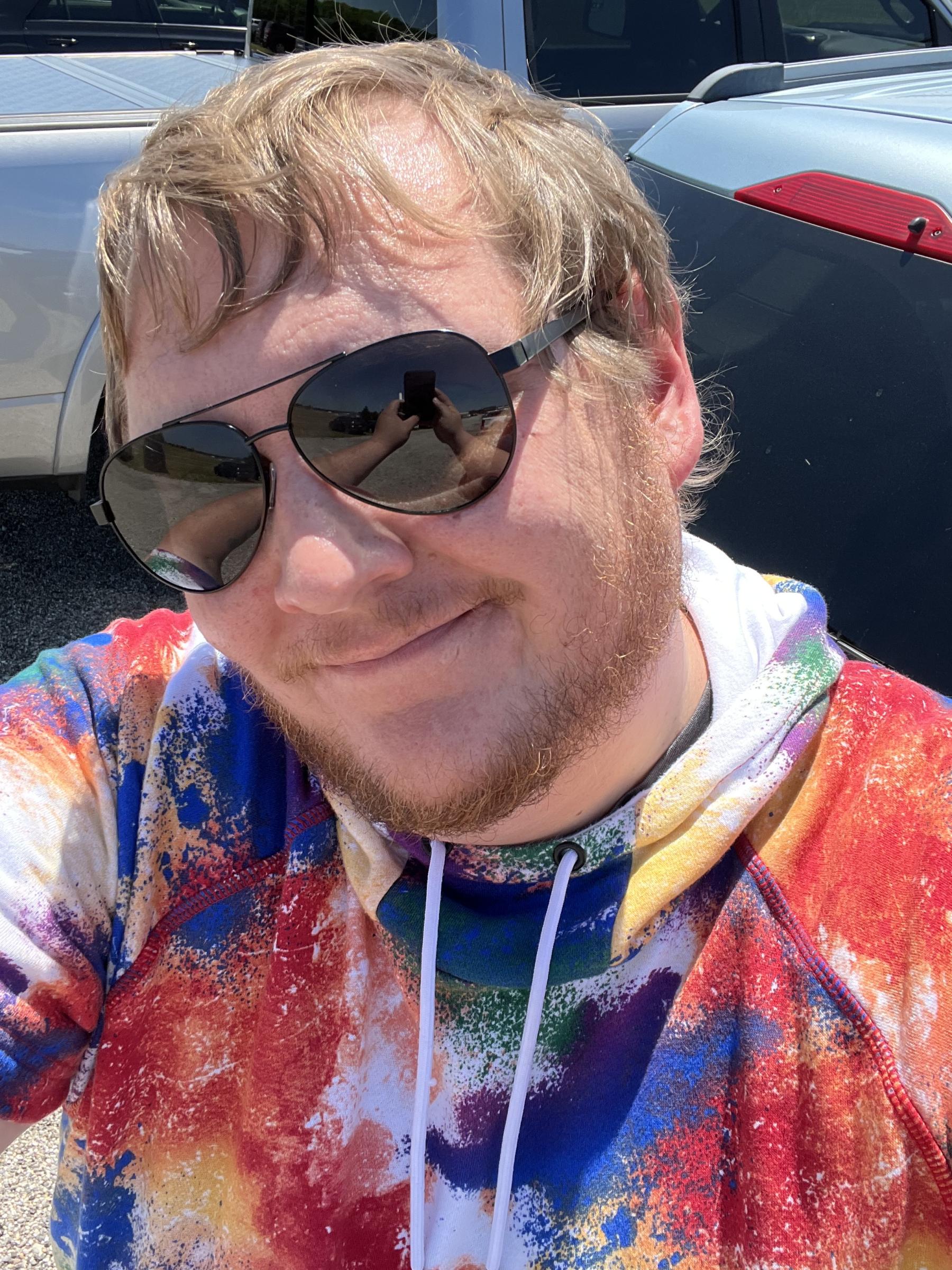 I am a 2006 graduate of Tippecanoe Valley High School.  I always wanted to get into radio as a kid, which I think is what led to me pretending I was a radio show host. I would record songs onto a tape and then play them back, pausing in between songs to jock.  When I landed a job as a board operator at WROI, my childhood passion flashed before my eyes as a career.  In 2017 I got offered a full-time position as the afternoon host and Program Director for WROI, and the rest is history!

Aside from being behind the mic, I also have a strong love for wrestling and I am a manager for a promotion by the name Funkdafied Wrestling Federation (FWF), and the most important job that keeps me going, being a father of three.

Coyote hails from Huntington. He is a huge sports fan and spends his sports seasons rooting for the Vols, Cubs, Titans, Preds, and Pacers Yote has three children: Alexandra, Savannah, and Brayden. When not on the air, he can be found hiking, kayaking, camping, fishing, road trips to the Smokies, and anything outdoor-related. Coyote is also an assistant high school girls basketball coach. He has also coached college women's basketball and softball at the NCAA D3 and NAIA levels.

He can be seen roaming the sidelines at Notre Dame while covering Irish football for multiple media outlets and enjoys doing play-by-play for high school football, basketball, and baseball. While relaxing on the pier or floating on the pontoon, he listens to anything from Jimmy Buffet (he is a huge Parrothead) to Frank Sinatra to Luke Bryan to Johnny Cash. 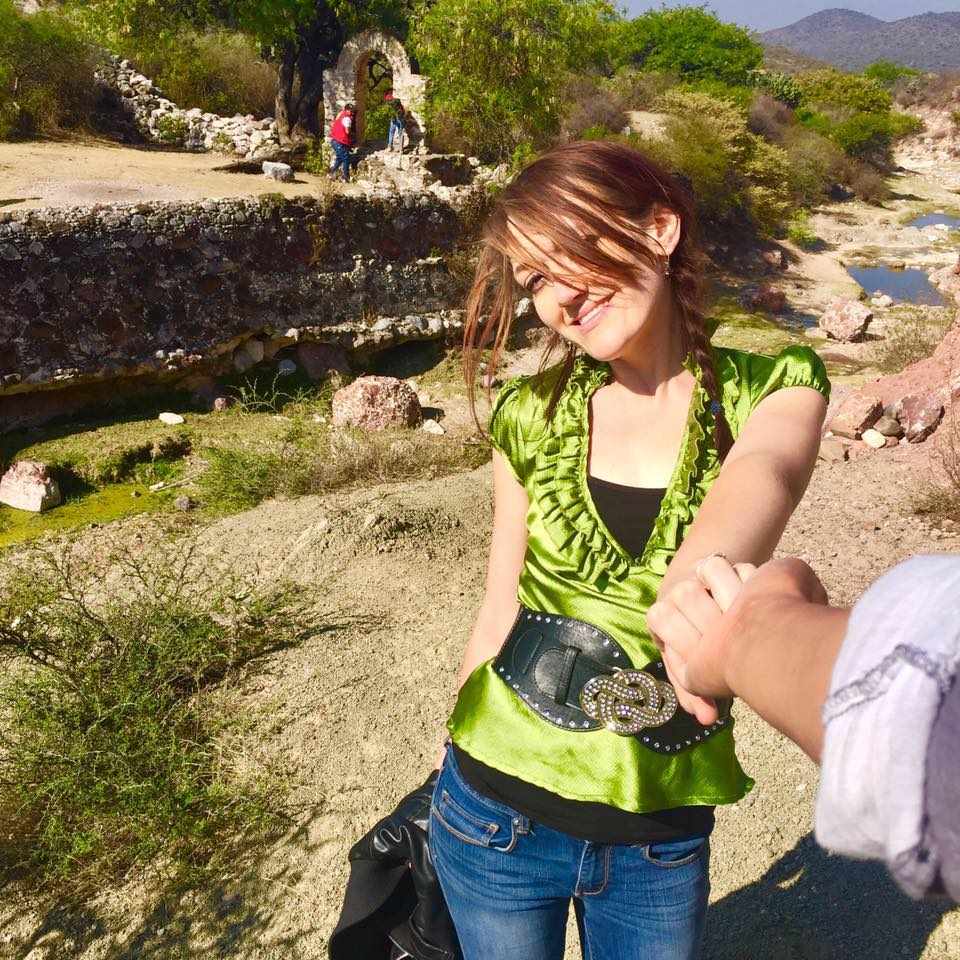 Shelby Lopez is a Rochester graduate, a former photojournalist for the local newspaper, and now a reporter for WROI GIANT fm News.

The mother of three is also co-owner of Digital Wolf Magazine and runs the portrait studio Expressions by Shelby Lopez in Kewanna. 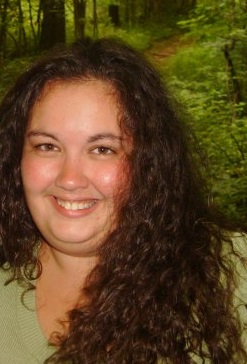 I graduated from Greencastle High School in 2001. I studied pre-law and psychology before changing directions to be a full-time mom. I have three rambunctious, creative, and outgoing boys. While staying at home with my children was very rewarding, I came to WREB part-time for a change of pace and to put my writing skills to work as a journalist. I fell in love with the radio. During the pandemic, I was the sole caretaker of the studio when the other employees could not leave quarantine. Later, I shifted into the one and only employee of the station. In August of 2021, WREB was acquired by GIANT fm and I have been able to continue nurturing both my passions for radio and writing. 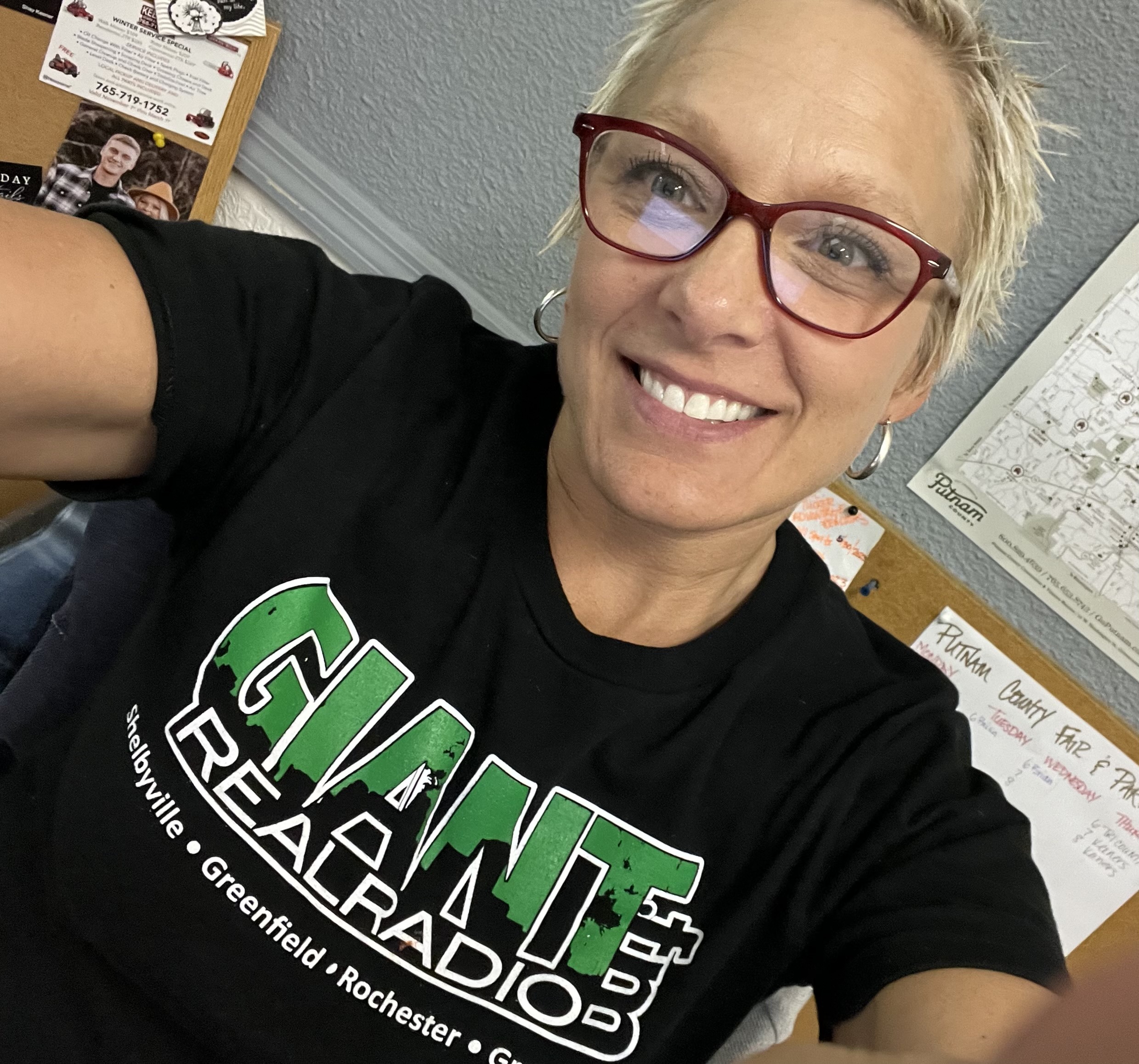 Born & raised in Kokomo, IN.  I have 2 beautiful daughters, Tabitha & Katlynn.  Graduated in 94 from Stanton High School.  Attended 1 yr at Northeast Community College, Norfolk, NE.  Graduated from Joseph’s College of Beauty, ’99 Norfolk, NE.  Certified Nursing Assistant, State of Tennessee 2011.  I opened my own business The Creative Hand in 2020.  Started at Giant fm WREB Feb 2022.  Gaining a son on July 16th, 2022 when my oldest daughter Tabitha Kander marries Tanner Tracy!  They made me a fur baby grandma in 2021 of Millie their yellow lab.