Posted About One Month Ago

Dave Chappelle will screen his ‘untitled’ documentary across 10 arenas throughout the US, including Gainbridge Fieldhouse in Indianapolis on Friday, November 12, 2021 at 7 p.m. The independent film is produced by Dave Chappelle and produced and directed by Oscar and Emmy-winning filmmakers Julia Reichert and Steven Bognar (American Factory).

Tickets are on sale now at Ticketmaster.com.

Fueled by the murder of George Floyd, shut-in by the closures of business due to the pandemic, and unable to perform around the country, the movie follows Chappelle as he provides the community he calls home with two things desperately needed in difficult times – economic and comic relief. What began as an experimental socially-distanced live comedy show in a neighbor's cornfield, grew into an unforgettable summer with his neighbors, friends and fellow comedians.  Ultimately, Chappelle’s cornfield concerts would serve as a model of courage not just for his community, but for the entire live entertainment industry.

No cellphones, cameras or recording devices will be allowed at this show. Upon arrival, all phones and smart watches will be secured in Yondr pouches that will be unlocked at the end of the show. Guests maintain possession of their phones throughout the night, and if needed, may access their phones at designated Yondr unlocking stations in the concourse.

Anyone caught with a cellphone in the venue will be immediately ejected. We appreciate your cooperation in creating a phone-free viewing experience.

ABOUT DAVE CHAPPELLE
Dave Chappelle is an American comedian, screenwriter, television and film producer, and actor. Recognized as one of the greatest comedians of all time, Chappelle was awarded the prestigious Mark Twain Prize for American Humor from the John F. Kennedy Center for the Performing Arts in 2019. Chappelle’s work in stand-up comedy, writing, producing, and acting has earned him more than 30 nominations and awards in television and film for projects that include his groundbreaking sketch comedy television series, Chappelle’s Show, guest appearances on Saturday Night Live, and his comedy specials, most recently earning his fifth Emmy Awards in 2021. In audio content, Chappelle has won the Grammy Award for Best Comedy Album three years in a row, 2018 through 2020. In 2017, Netflix cited Dave Chappelle: Collection 1 as the most-viewed comedy special ever on their network.

ABOUT PILOT BOY PRODUCTIONS
Pilot Boy Productions, founded in 1992 by comedian and actor Dave Chappelle, is a film and television production company dedicated to producing thought-provoking, cutting edge and award-winning television, concert films and live events. Chappelle jokes the name “Pilot Boy” comes from the numerous pitches he made to television executives in his younger days. “I’d walk thru the door and say, 'Here comes Pilot Boy!’" Since then, Chappelle has self-produced six nominated and award winning concert films and recently signed deals with both Netflix and Luminary to produce content for their streaming platforms.

ABOUT JULIA REICHERT & STEVEN BOGNAR
Julia Reichert and Steven Bognar are Academy Award and Primetime Emmy–?winning documentarians based in Yellow Springs, Ohio. Their films include Oscar winner American Factory   ????, 9to5: The Story of a Movement, A Lion in the House and the Oscar nominated The Last Truck: Closing of a GM Plant. Reichert’s films Union Maids and Seeing Red: Stories of American Communists were both nominated for Academy Awards. Her film Growing Up Female is the first film of the modern women’s liberation movement, and has been named to the Library of Congress’ National Film Registry. Celebrating over 50 years in filmmaking, Reichert is co-founder of the filmmaker’s distribution cooperative New Day Films, a US film distribution company that provides movies directly to schools, unions, and community groups. Partners in life and film, Bognar and Reichert have taught film and social documentary at Wright State University in Dayton, Ohio and at American University in Washington, D.C. 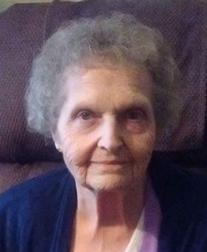