Due to necessary rescheduling of Elton John’s Farewell Yellow Brick Road Tour in Toronto, his concert originally slated for Friday, October 25, 2019 at Bankers Life Fieldhouse in Indianapolis has been rescheduled for Saturday, October 26, 2019. The changed date will provide sufficient time for the tour’s extensive production to pass customs and arrive and unload in Indianapolis. We apologize for any inconvenience caused by this required change.

Patrons should hold onto tickets for the originally scheduled date (October 25, 2019), which will be honored on the new date (October 26, 2019). Bankers Life Fieldhouse looks forward to welcoming Elton John, recently crowned by Billboard as the most successful performing male solo artist of all time, to the fieldhouse this fall.

The Farewell Yellow Brick Road Tour tipped off to a sold-out crowd in September 2018. Taking the audience on a magical journey through his career, the show features some of Elton’s most beloved songs from his legendary catalogue including, “Bennie and the Jets,” “Rocket Man,” “Tiny Dancer,” and “Philadelphia Freedom.” Elton’s music has taken him to many places, opened many doors and inspired many passions in his life. The audience will experience a rare glimpse into Elton’s life and the deeply personal meaning behind some of his greatest hits, with mesmerizing, never-before-seen photos and videos shown throughout the show from his incredible 50-year career.

For additional information or to purchase tickets, visit www.Ticketmaster.com or www.bankerslifefieldhouse.com. 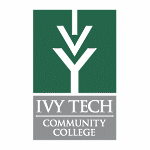